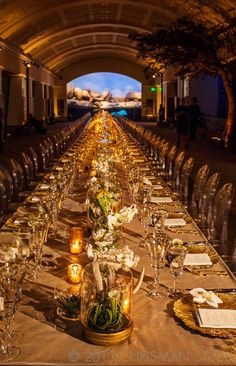 In 2 Samuel 9, we see a story unfold about a young man by the name of Mephibosheth. In chapter 9v1, David asks the question ‘Is there any that is left of the house of Saul that I may show him kindness for Jonathan’s sake”?

Before I continue, there is someone asking about you and they are on the search for you to bless you.

So David finds Ziba, a servant of the house of Saul and asks about Mephibosheth. In verse 4, Ziba identifies Mephibosheth based on his current situation , he does not even call him by his name. How many people have defined you based on your past or present circumstances? Even Mephibosheth started to define himself based on his present circumstances in verse 8, he allowed his situation to form his identity and he described himself as a “dead dog”. Oftentimes people will try to label you because of an event in your life which will then cause you to see yourself with the perspective of your past or present difficulty; this is a dangerous place to be. But not so, you are never defined by what you have been through or what you are going through. Your identity comes from and is in God.

Ziba in verse 4 then goes on to describe where Mephibosheth is located, at this point he still has not identified him by his name. I already have an issue with Ziba but I will leave that for another blog. In verse 4, we are told that Mephibosheth is located in Lodebar. Lodebar in the hebrew language means pasture less, it is a dry place. Because of his condition which was caused by Saul’s dishonour (future blog), this lameness led him to a dry place. Are you where you are because of someone else’s mistake? , it is often said that  no one can determine the outcome of your destiny without your permission but here Mephibosheth had no control over his disability because he was made lame at the age of five years old (2Samuel 4v4) because the nurse had heard the news of his father and grandfather’s death so the nurse was trying to be a helper of destiny because she knew that Mephibosheth would be next to be killed but upon trying to escape she drops him and he is lame as result. Who has dropped you in life which has made you lame? Who has rejected you which has led to such intense pain that you cannot move forward? What is stopping you from moving forward? Is it that abusive past or parent or abusive spouse, is it shame? Is it your finances? Is it ill health? What has made you lame?

The feet is often a metaphor for destiny, it is about movement. Feet are positioned to go forward. Lameness is an attack against one’s destiny. Being lame prevents one from moving. Mephibosheth was in a place of dependency.  He was the grandson of a king, he had an inheritance but there he was living in a dry place. This is an oxymoron. His life was a contradiction. Do you see and hear what God has said about you but it does not look like it in reality? Be encouraged, that is about to change. Even though he was in this dry place, it did not take away from him the fact that he was the grandson of a previous king.  So I ask again what has made you lame? I am here to declare to you that whatever your lame situation is, God is sending a David to restore you back to your place of inheritance. Do not allow your past or present circumstances to define your destiny. What you have been through and what you may be going through right now does not diminish the fact that you are a child of a king. So I say whoever you are Mephibosheth, it is time to arise and allow yourself to be repositioned at the king’s table.

God bless you and thank you for reading