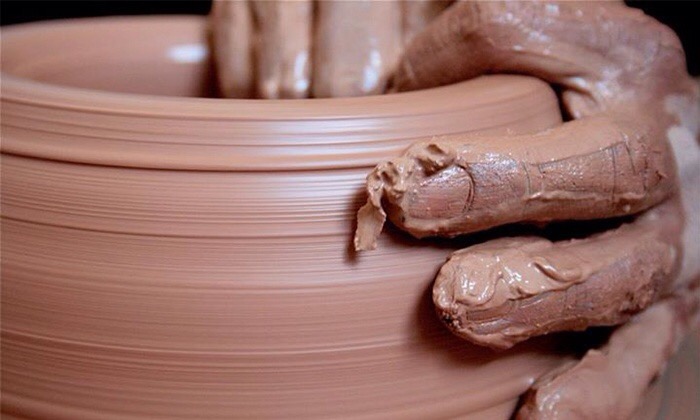 Ten years ago whilst attending college, I had a sudden urge to attend a pottery class. For the eight weeks I participated in this class, it was one of the most frustratingthings I had partook in. I was so annoyed by  the process  I refused to go and collect my pot. What I failed to recognise was that the next ten years I was about to be that clay. One of the things that frustrated me with the process was I kept having to start over again and again because air kept getting into the clay so every time my teacher tested the clay he would say start over- if I continued making the pot without removing the slit (air) from the clay, when the pot would be placed in the furnace, it would have exploded.

How many times have we gotten mad at God for allowing the setbacks and delays and the many situations that seemed as if they were sent to destroy us? I have had many arguments with the Holy Spirit but maturity stepped in and I realised that the process was necessary. God was never going to allow those situations to destroy me, they were sent to reveal the mess and impurities in me and to purge out the mess out of  me. Ten years later I am no longer murmuring at the pain or the circumstances that came against me. I am celebrating because those experiences has revealed my purpose, what the enemy meant for evil God turned it for my good.

A few points about the process

It is my prayer that God will give you staying power to endure the process. You are going to come out as pure gold. Do not give up, you will reap if you don’t faint. (Galatians 6:9)

God bless you and thank you for reading